The Alphabet of Anatomical Eponyms

eponym(n): a person after whom a discovery, invention, place, etc., is named or thought to be named, or a noun formed after a person.
Origin: mid 19th century: from Greek epōnumos, epi 'upon' + onoma 'name' (OED)

This series, The Alphabet of Anatomical Eponyms, presents twenty-six of the thousands of body parts named after people.

Most of us have heard of Achilles' tendon and Adam's apple, and some of us know of body parts like the Fallopian tubes are named for the scientists who first described them, but few of us know just how many eponyms appear in the study of human anatomy.
Click here to see more. 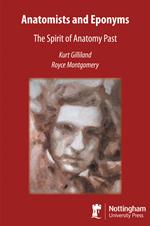 Images from the alphabet now appear in Gilliland and Montgomery's new book. See it here on Amazon. 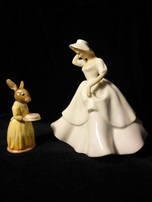 For this project I photograph human and animal porcelain figurines to suggest narratives and relationships between them. Click here to see and read more about this series.

For my project, Palm Reading, I draw portraits of people as readers. After drawing the reader's hand I annotate the lines the way a palm reader would. Except instead of lines predicting longevity, marriage, etc., I use characteristics of a book of the reader's choice. A mystery novel might leave the line of mistaken identity or esoteric poisons on one's hand, while a horror novel might have lines of zombie invasion, lycanthropy, etc. You get the idea!
Want to play? Here's how:
1. Take a picture of the palm of your hand.
2. Choose a book liked/loved/think might have left its mark on you!
3. Send both to readers.hands@gmail.com    Click here to see and read more about this series.